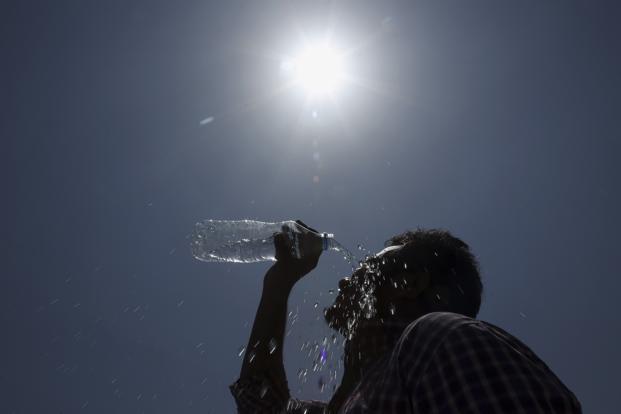 Research into â€˜solar geo-engineeringâ€™, which would mimic big volcanic eruptions that can cool the Earth by masking the sun with a veil of ash. Photo: AP

Oslo: Scientists in developing nations plan to step up research into dimming sunshine to curb climate change, hoping to judge if a man-made chemical sunshade would be less risky than a harmful rise in global temperatures.

Research into â€œsolar geo-engineeringâ€, which would mimic big volcanic eruptions that can cool the Earth by masking the sun with a veil of ash, is now dominated by rich nations and universities such as Harvard and Oxford.

Twelve scholars, from countries including Bangladesh, Brazil, China, Ethiopia, India, Jamaica and Thailand, wrote in the journal Nature that the poor were most vulnerable to global warming and should be more involved.

â€œDeveloping countries must lead on solar geo-engineering research,â€ they wrote in a commentary.

â€œThe overall idea (of solar geo-engineering) is pretty crazy but it is gradually taking root in the world of research,â€ lead author Atiq Rahman, head of the Bangladesh Centre for Advanced Studies, told Reuters by telephone.

The solar geo-engineering studies may be helped by a new $400,000 research project, the Solar Radiation Management Governance Initiative (SRMGI), which is issuing a first call for scientists to apply for finance this week.

The SRMGI is financed by the Open Philanthropy Project, a foundation backed by Dustin Moskovitz, a co-founder of Facebook, and his wife, Cari Tuna, the scientists wrote.

The fund could help scientists in developing nations study regional impacts of solar geo-engineering such as on droughts, floods or monsoons, said Andy Parker, a co-author and project director of the SRMGI.

Rahman said the academics were not taking sides about whether geo-engineering would work. Among proposed ideas, planes might spray clouds of reflective sulphur particles high in the Earthâ€™s atmosphere.

â€œThe technique is controversial, and rightly so. It is too early to know what its effects would be: it could be very helpful or very harmful,â€ they wrote.

A UN panel of climate experts, in a leaked draft of a report about global warming due for publication in October, is sceptical about solar geo-engineering, saying it may be â€œeconomically, socially and institutionally infeasible.â€

Among risks, the draft obtained by Reuters says it might disrupt weather patterns, could be hard to stop once started, and might discourage countries from making a promised switch from fossil fuels to cleaner energies.

The world is set for a warming of three degrees Celsius (5.7 Fahrenheit) or more above pre-industrial times, he said, far above a goal of keeping a rise in temperatures â€œwell belowâ€ 2C (3.6F) under the 2015 Paris Agreement among almost 200 nations. Reuters